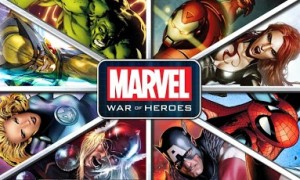 In an Official Announcement today, the WoH Management Office stated that as of tomorrow November 22nd there will be a ‘special assignment’ released. They did not refer to this assignment as an Event, so it seems as though there will be singular rewards and no rankings for this new feature.

The Special Assignment is here!! It is a very simple and straight forward list of temporary objectives, including winning battles against other players and stealing their resources. There will be 2 phases to this Assignment, both lasting until Nov. 27th, but the 2nd phase will unlock on Nov. 24th at 7am (ET). To proceed to the second phase you must complete the first phase, which has the following requirements:

Upon completing the five objectives you are granted the completion reward. Though this is a S Rare, which at first glance looks pretty sweet (and the artwork really is), it is one of the weaker S Rares labeled by it’s skill and low end power/stats. Worth the extra boost though if you’re short S Rare or SS Rares in your deck!!

Tips: Winning against DEF: 10 farm accounts does work towards your successful attack rating. If you have already completed all of the resource quests, then simply go to the battle screen, and after selecting an opponent you can still select ‘target resources.’ This will allow for you to still target a resource that they currently have, and thus get credit for the Assignment.