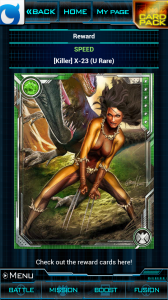 It has been a while since we updated some of our posts for the changes that MWOH has undergone over the past few months. With the announcement of the next Shield Enforcement Training there comes a few changes to the way this event will work and also the game in general. We can start of with the rewards for this upcoming event to wet your whistle. 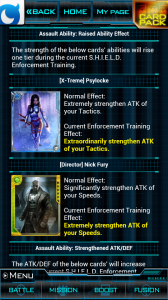 Now comes the interesting part. There are going to be quite a few changes to the way assault cards work in the upcoming event. Previously they were only valuable for busting down walls (so mostly not valuable). This time around they have added some interesting mechanics for them in the actual player battles. 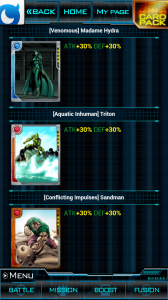 For two of the cards, their abilities will be upgraded a tier. These are listed out below.

The remaining assault cards have been given a base 30% increase to both Attack and Defense for themselves.

As you can see Mobage has added quite the little twist to this upcoming Shield Enforcement training event. However, I don’t know how much of an impact it will truly have. I think in the upper tiers of alliances this change will not alter the dynamics as people have more than powerful enough decks to crack D-leads already.

I think this change will benefit lower ranked alliances that might often have trouble with breaking through defensive leads as these cards can provide and immediate and drastic boost to an attack deck. 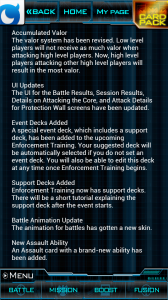 Another big change is to the way the valor algorithm works. Previously the highest amount of valor could be gained by

Mobage has thrown a little teaser on their card packs page to let us know they have added a few new Special Card Combos. I will update a list below to highlight these new combos as they are discovered.