In preparation for the 2012 NYC Comic Con, members of the Star Wars: The Old Republic crew decided to host a Community Cantina Tour Meetup event in New York City.

They posted about it here on their website stating that it would be one of many to come!

One thing I will say was that it was not only entertaining but extremely fun to talk with so many very active members of the SWTOR community. Community Director Joveth Gonzalez and Trooper Writer Charles Boyd spearheaded the event with not only information in regards to the SWTOR development, but plenty of fun Star Wars classic facts. We can really appreciate the story and community talking with other fans that remember when the original Star Wars Movie was released. Outside of that, and a brilliant Q&A session (where you get to see me making a fool out of myself asking what was really on our minds) this was an awesome opportunity to meet other local SWTOR fans and discuss all sorts of future and current things. 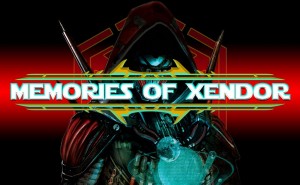 As many of us who consistently push the envelope of PvE content, I was able to talk with the creator of MoX Parser, Andy Magnotta. Memories of Xendor, a top tier PvE guild on our home server Prophecy of the Five, decided to show up in full force and they were a blast to hang out with. Though much of the conversation Andy and I had revolved around some specifics of his Parser, details that I am not allowed to disclose, I came to be surprised by the fact that he is not as enthusiastic about participating in the top end raids as some of his guild mates. Supported by some great food, drinks, and company I would definitely say that SWTOR’s first Cantina event was extremely popular and a great success. We at Video Game Loft eagerly await the next event and are excited for the future of what SWTOR will bring.