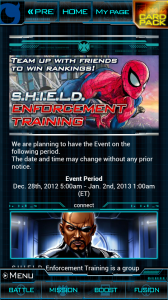 The Iso-8 shards from the original even are back in the same fashion, allowing rewarding the highest valor participant from each alliance with bonus shards. They will be sharable once again, so do not forget to help out in EVERY team battle for the sharing potential. The Trainer Power Pack are also back, and hopefully this time they will actually be awarded with the signin bonus! Make sure you are using your Trainer Power Pack before personal power packs, because these special packs despawn if not used by the end of the event!

Fundamental Principles of the Event:

There are two generally accepted methods for an alliance to take in regards to cracking the opposing team’s DEF Leader. It is VERY important that you and your other members are communicating so that you do not waste any ATK Pwr, or Power Packs going against what the group is attempting to do.

Here is a list of Event Cards and their special Abilities:

When considering your actions within a battle, prioritize your engagement against other players based on these factors: 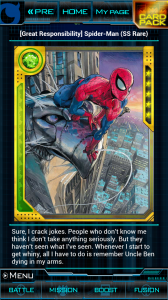 Rewards for this event based on rankings:

There will also be many more rewards from completion bonuses of wins/personal valor points to the ISO-8 Shard rewards, so stay posted for the news!! Feel free to post questions here or in the forum, or just discuss anything you’d like. We’re all excited and we’ll see you in there!!
VGL_Justin
AkA. Kitosumi